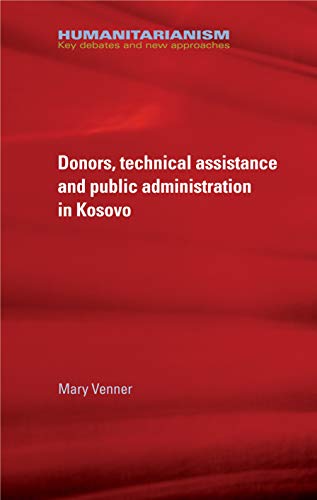 The reconstruction of Kosovo after 1999 was one of the largest and most ambitious international interventions in a post-conflict country. The United Nations, other major multinational organisations and many large bilateral aid donors all played a role in restoring stability and establishing governance in the territory. This book looks beyond the apparently united and generally self-congratulatory statements of these international actors to examine what actually happened when they tried to work together in Kosovo to achieve this goal. It considers the interests and motivations, and the strengths and weaknesses of each of the major players and how they contributed to the creation of new institutions in public finance and public sector management. Although in general the international exercise in Kosovo can be seen as a success, in the sphere of public administration the results have been mixed. More than fifteen years later, some institutions of government perform well while others face ongoing challenges. The book argues that much of the current day performance of the Kosovo government can be traced to the steps taken, or not taken, by these international actors in the crucial first years.